Existing e-commerce analytics tools focus on providing data, but lack actionable insight that will translate into a positive ROI for store owners.

The goal of Avatria Convert is to use machine learning to automatically optimize e-commerce stores.

I began this project by taking a deep dive into the product. I held meetings with engineers, project owners, and the UX researcher I was paired with in order to understand the product inside and out.

Working with a UX researcher, we identified user pain points. 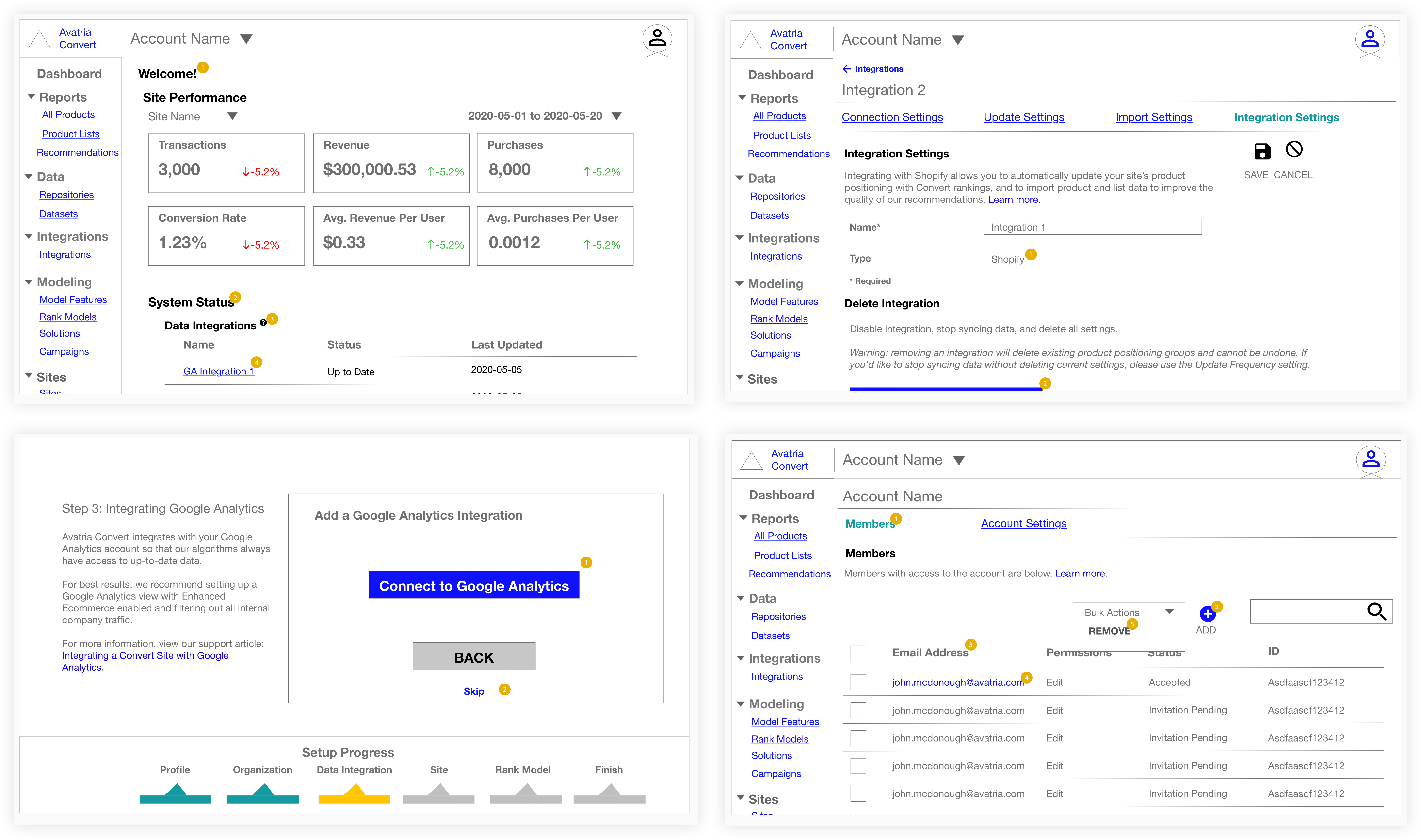 I began the prototyping process by taking a requirements document created by myself, project managers, and other stackholders and mocked out each page and user interaction. I created over 140 prototypes.

In order to make sure we were on the right path, I converted the majority of prototypes into interactive screens using InVision and performed user tests.

I took the feedback and iterated on the prototypes. 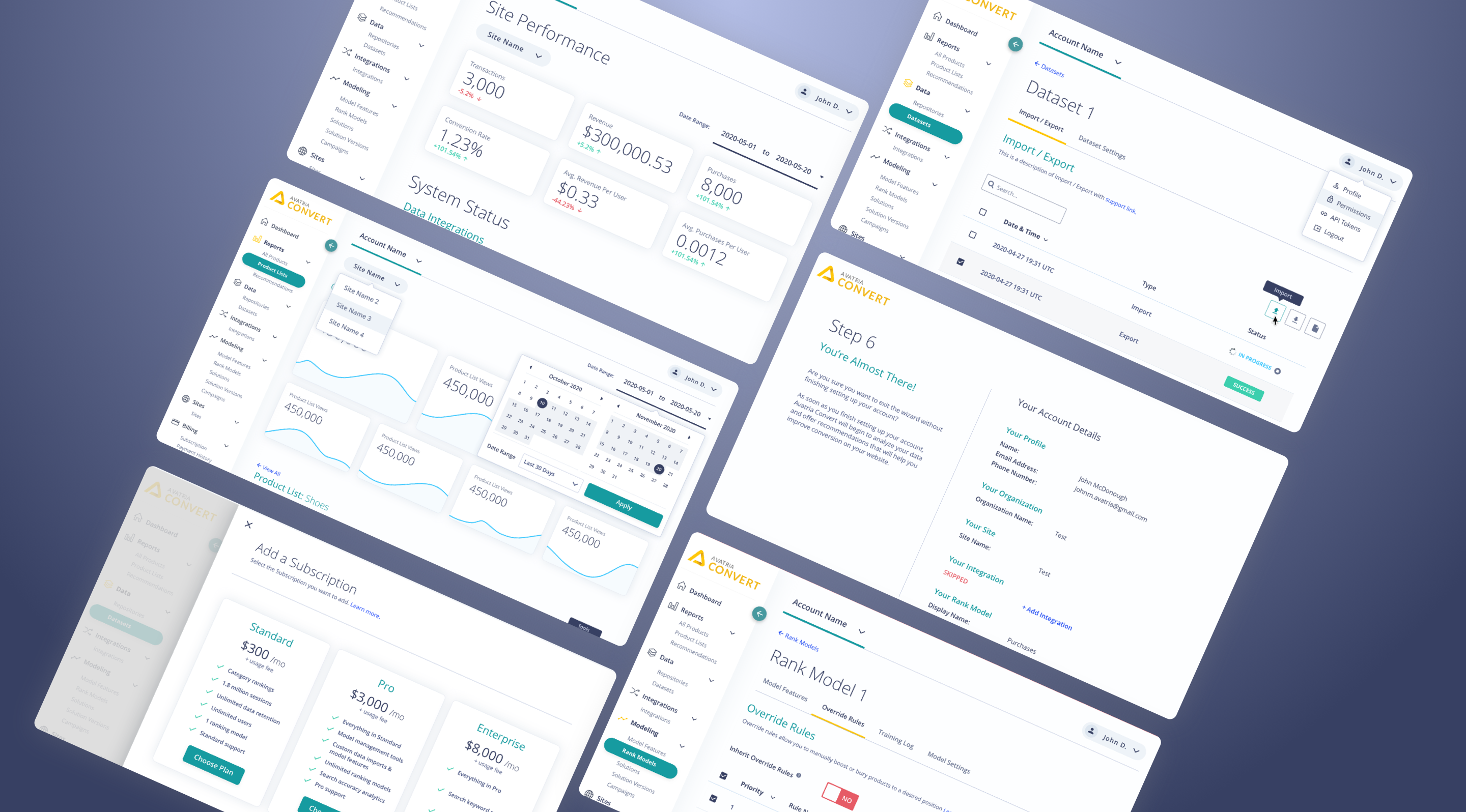 Prior to building out the detailed designs, I used the prototypes to identify common components and created a style guide for both this project and future projects. 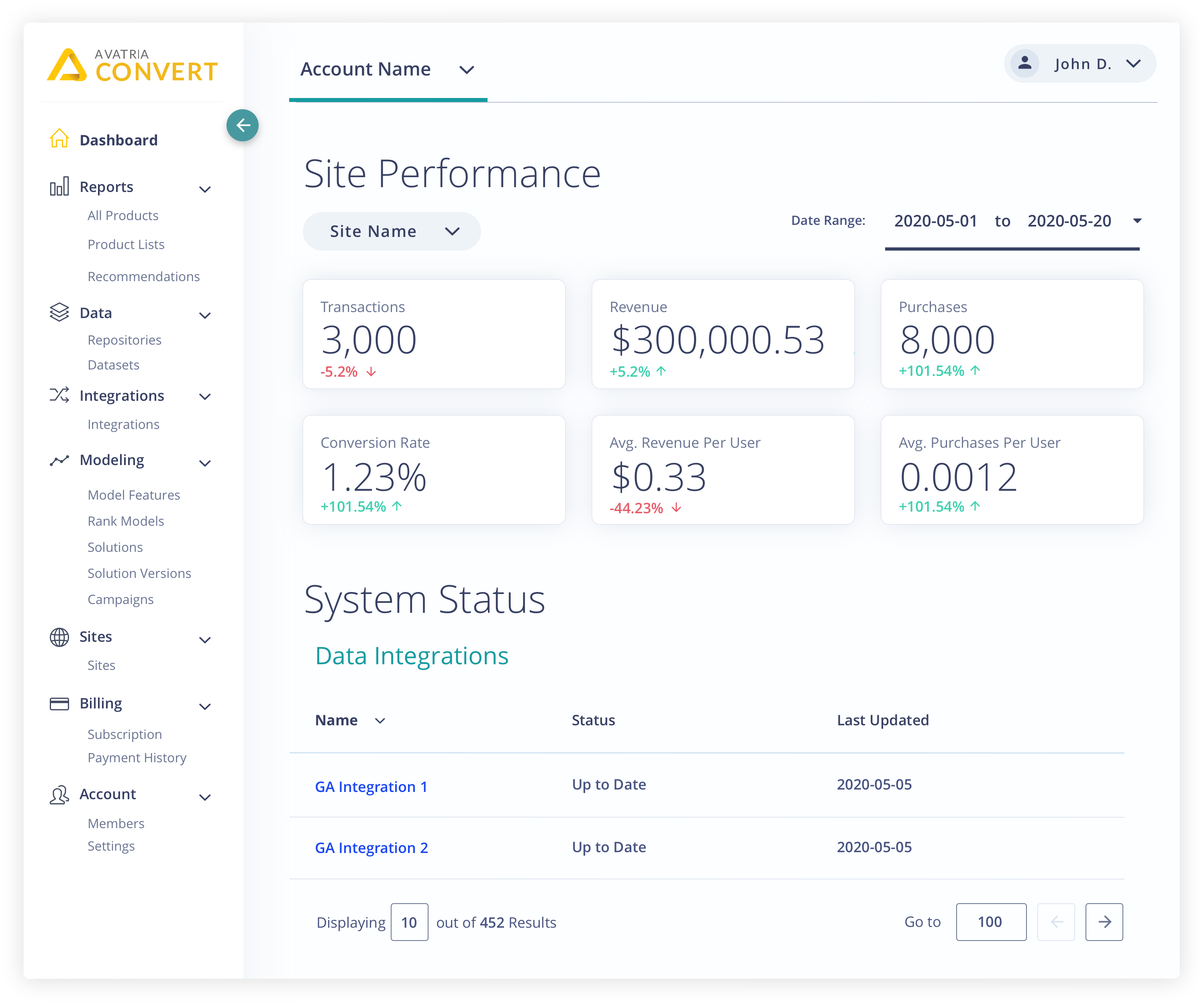 The main dashboard was designed based on user feedback. We identified the metrics most important to the users and displayed it here. 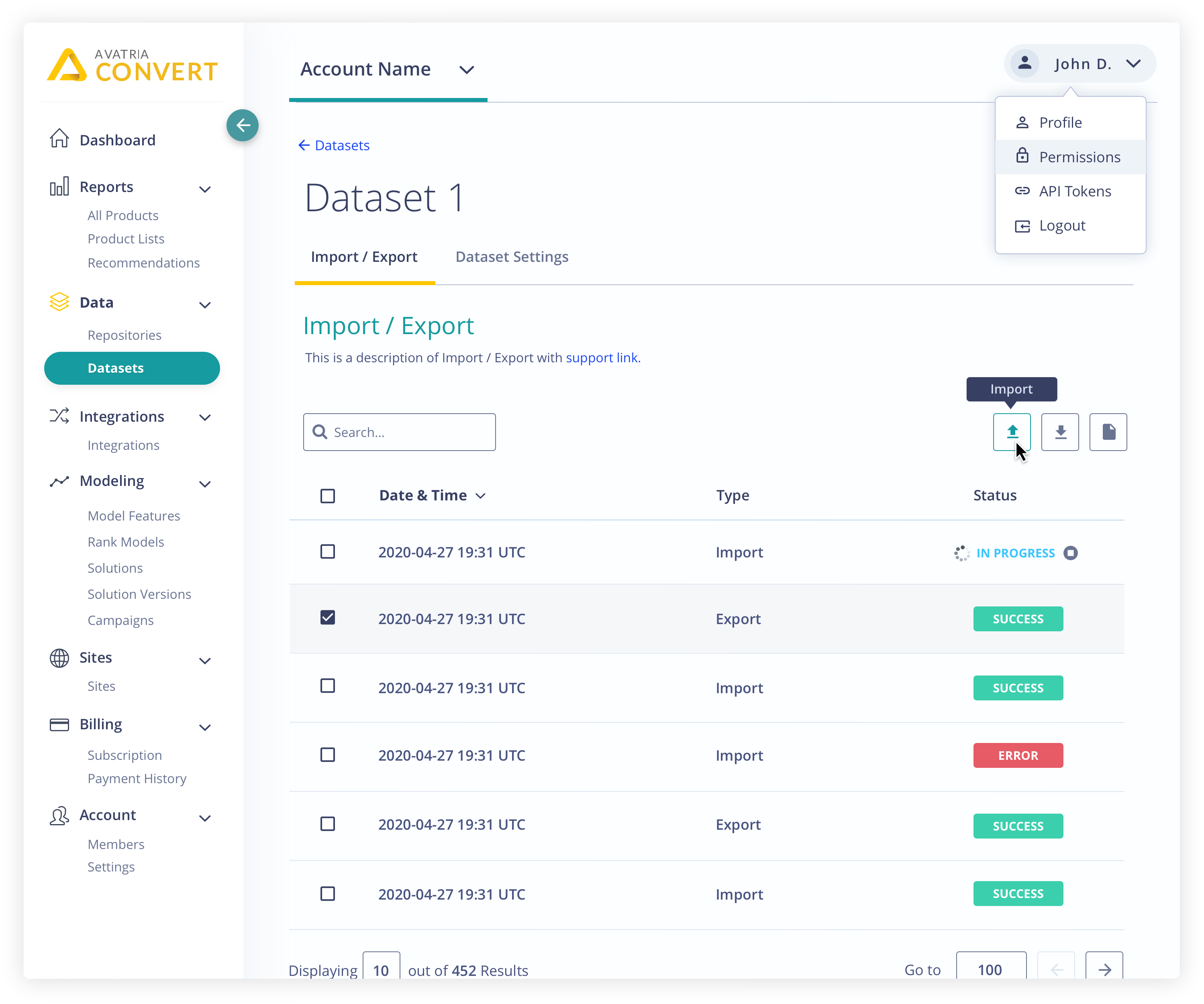 Designed to allow users to easily import and export various datasets related to their e-commerce site.

Illustrates the process of simplifying a complex navigation hierarchy . 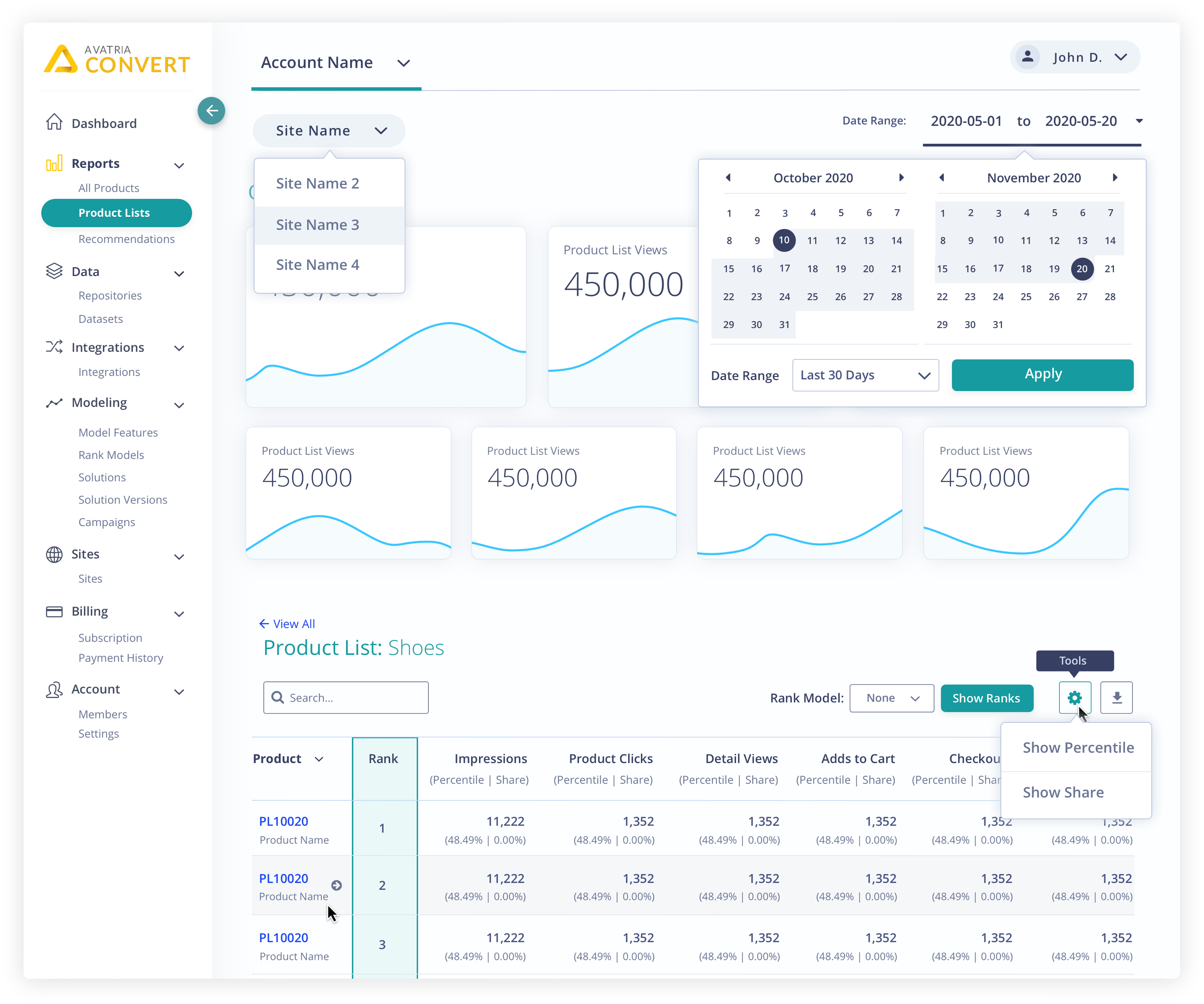